www.claqueurimpro.com
Claqueur's Impro Group  came about after the Tunbridge Wells Community Play 'The Vanishing Elephant' in 2009. They are now a core company of twelve who workshop regularly on Monday nights at the Rusthall Club. They also have occasional extend full day and week end workshops, some of which are public introductory sessions. The workshops are led by Jon Oram, though the group  collectively run their own sessions from time to time.  They perform five or six times a year.  The early show were performed 'games' but in recent years they have been developing long form improvisation. Presently the group is exploring more long form improvisation. They hold regular Club Night Shows" at the Rusthall on the last Tuesday of every month at 7.30pm. Admission FREE.
​
In 2016 Claque Impro started European collaborations, changing their name to Claqueur, adding the 'eu' to demonstrate are support for the European Union and now our protest against Brexit. Their first colaboration was with the  Restrisiko ( Weisbarde, Germany) and Teatr improwizacji Jesiotr (Breslau (Poland) at an Impro Festival in Mainz Germany.  Restrisiko later came and performed with Claqueur in Tunbridge Wells. In July 2017 they will be performing with a visiting Belgium company as part of Tunbridge Wells Belgiun weekend. In September they go to perform again with Restriskio and Teatr improwizacji Jesiotr, this time in Poland.

You Can now follow Claqueur Impro on their own web site

Claqueur now have their own web site. You can visit it now but please be patient whislt it is being developedIt is up and running but still being developed.
Visit Claqueur Website 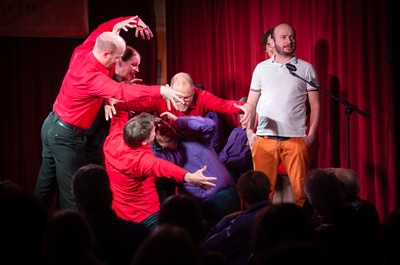 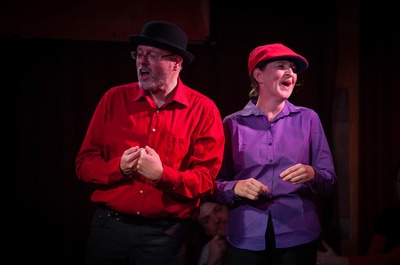 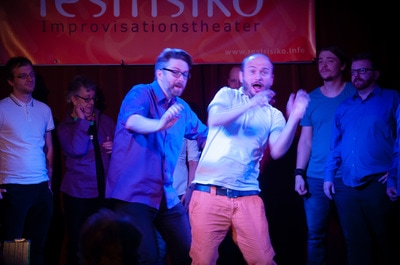 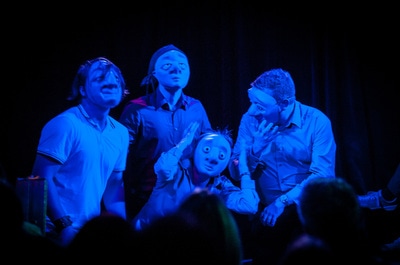 Following the success of Legends of the Rocks several people have requested a improvisation beginners course. others have more tentatively asked if they could have a trial workshop. to see if Impro is for them. So we are offering both a Free Taster full day workshop and a ten week course.  My personal belief is that Impro has value to everyone, not only for performance , indeed you you don't ever have to perform, but because it gives you important life skills including improved listening, how to develop ideas, tell stories, and work collaboratively.  Not least we laugh a lot. The course will be run by Jon Oram and occasionally members of Claque Theatres performance group.

PAIR OF FOUR
​“A Pair Of Four” are Chris Murphy, Scott Kingsnorth, John Oakley, and someties a guest performer. Members of Claquers Theatre and electric bad boys of the west Kent improvisational comedy scene, “A Pair of Four” have been regularly selling out shows at small venues across Tunbridge Wells including Trinity Theatre. They will blow your socks off with their comedy, which is all made up on the spot with the help of suggestions from the audience!

Strap yourself in for an impromptu blend of wild characters, weird stories, and nonsense. They would give you more information, but they won’t know what the show is until they are doing it

They perform once a month at the Sussex Arms in Tunbridge Wells. Visit them on Facebook to catch upwith their latest show,

Other Past Impro Events 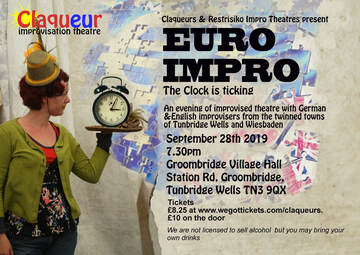