Into my heart an air that kills
From yon far country blows:
What are those blue remembered hills,
What spires, what farms are those?
That is the land of lost content;
I see it shining plain,
The happy highways where I went
And cannot come again.
AE Houseman
Happy Highways is  a Community Play being devised by local people in collaboration with Claque Theatre. Together we have been investigating the community, thinking about our personal stories and imagining new ones in relation to the ‘paths’; paths we take actually, imaginatively and figuratively. They might be paths we have taken or those we could yet take.  Individuals and small groups explored material through on line zoom discussions, and environmental art and through improvisation. We will be taking this further using exhibitions, rituals and other forms; some of these events use theatrical elements, some will not. We hope as many people as possible from Rusthall and around will continue to come  together and others will join us to work collaboratively on the ambitious task of creating a premier performance in a Happy Valley a unique area consisting of natural potential performance areas and pathways, around rocks and through woods. This is unlikely to be a play as you might imagine one. Due to the COVID epidemic we may be restricted by rules that don't allow large social gatherings, where people may still have to respect social distancing. Restrictions, hard and challenging as they may be can also provoke us  into making an interesting theatre form.  Happy Highways will be a theatrical journey where the audience encounter travellers among the rocks, in the woods and along the paths. Individual stories may be told, we may then begin to see connections between the characters we meet and the stories we hear and start recognising a larger story of the community. Over the coming months these stories will emerge from what we learn about the people in our community past and present.

This is the programme we started with, it will inevitably change due both to the pandemic we are learning to live with and creative ideas that emerge and inspire us in other directions
​
Improvisation and Devising Workshops (Preparation)
November 2020- February 2021
The Paths project will have done much of the creative preparation of collecting provocations to stimulate devising workshops. We may want to search out more as the devising becomes more specific but we will have plenty to start.  One of the gifts of devising is the way in which it challenges us to become authentic collaborators, to work with the spirit of generosity. If a group is working together, listening to each other, not worrying about power and control, the work is usually fantastic. Everybody can contribute in a devising workshop, you don't have to perform, make or whatever other task might be suggested, your presence as an audience member, a critic, an advisor, or a contributor of spoken ideas are all invaluable.

Composition Workshops
February - May 2021
We start by devising as a group through zoom workshops, exploring ideas, then composition, which is finding connections between the ideas, creating an order, developing an overall story. Creating the actual composition of the play, you might call 'a script'.  These first four months is your opportunity to input into the composition of the play. Composition workshops can be  both open to the public or customised to a specific group involved in arts or educational activities (music, performance, painting,  crafts, dance, film, poetry, writing, literature, heritage and history, environment and conservation etc). Casting appeals and registration for the cast will go out in Mid May

Casting and Rehearsals
June - August 2021
Casting is open to everyone and no one is turned away. Scenes can be rehearsed in small groups, as can elements produced by different entities and groups  (school, drummers, choir) can be rehearsed separately and brought together with other parts of the production as rehearsals progress. July 3rd we will be holding the annual ritual of Dressing the Toad which will involve performance, poetry, land art, story telling, music. . The final rehearsal stage runs into August so we can use the performance spaces as much as possible. In the final week of rehearsal all elements are brought together for full cast calls. Limiting time is a deliberate and valued part of the creative process. How this process is actually managed will of course be dependent on rules around the pandemic at that time.

​THE PERFORMANCE
August 25th - 30th
The conditions we are working under next summer remain unclear but we shall present something within the safest boundaries allowed.   The performance style will reflect Claque’s wider agenda related to exploring the concept of the Social Actor, an idea born out of the Community Play and the actor’s relationship with the audience. Happy Highways as part theatrical walk will add a dimension of "implicating the audience". It will be a personal experience for each audience member because their encounters with performers will be unique to the moment they encounter each other.
We have much to do in preparation, finding funding, raising monies and support in other ways.. The performance will be about an 1hour  but may well be staggered with audiences starting a walk, for instance ,at different times. 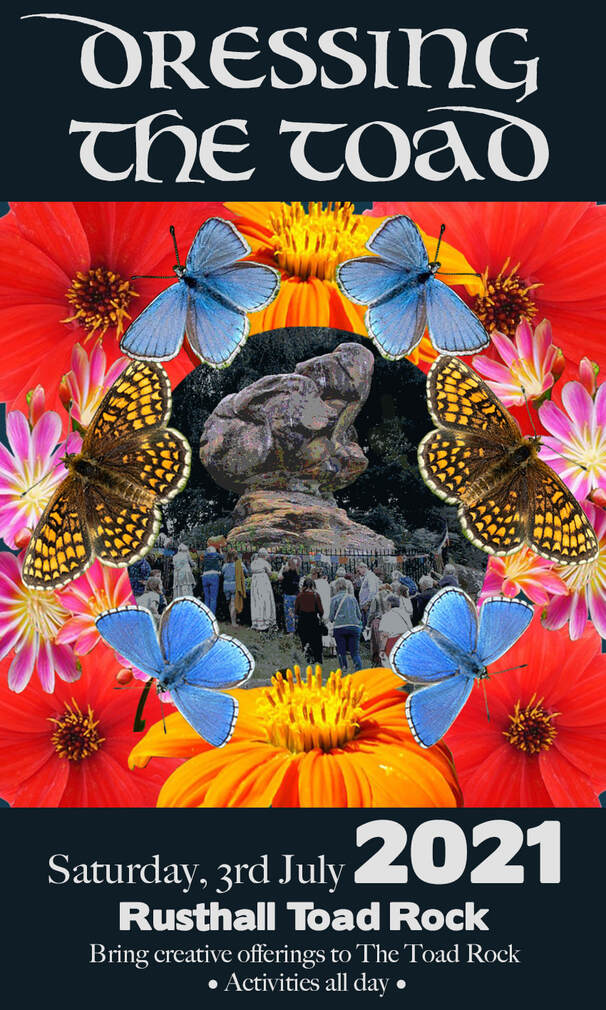 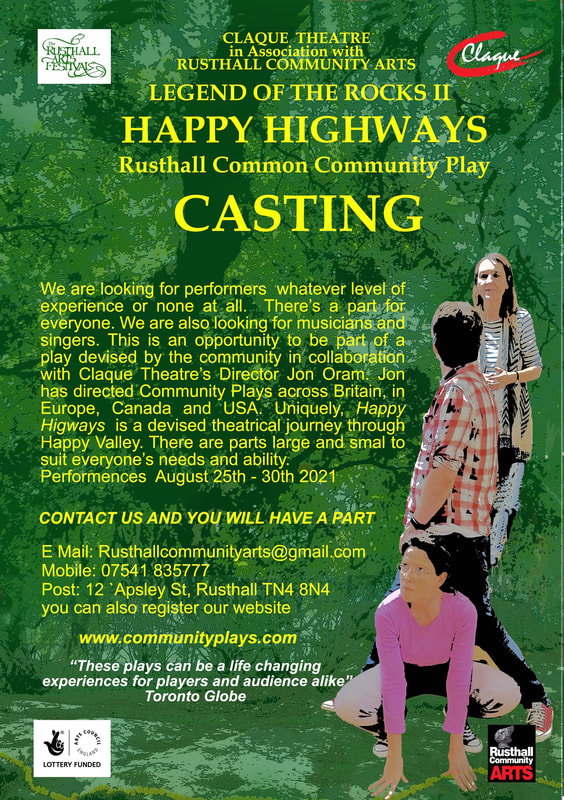