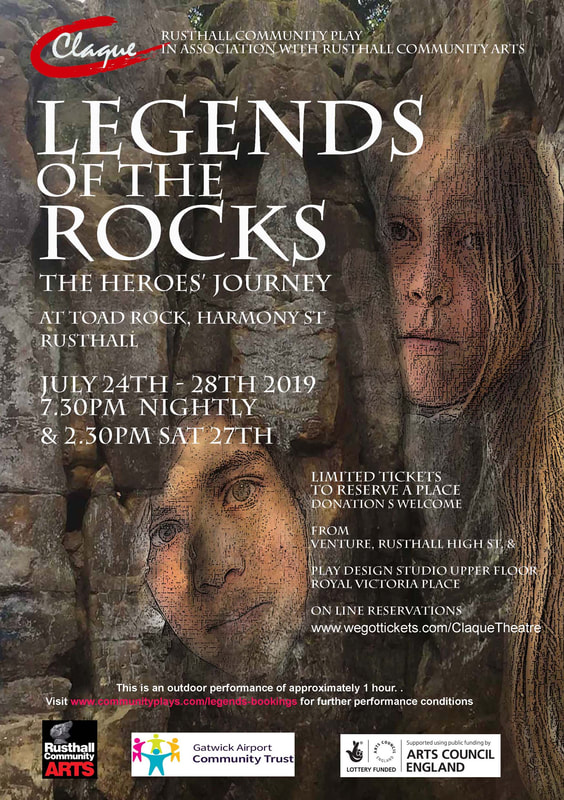 LEGENDS OF THE ROCKS
THE HEROES' JOURNEY
PERFORMANCES took place JULY 24th-28th 2019
This fully devised community play by local people celebrated the remarkable community that is Rusthall and Claque’s 40th anniversary and 50th community play. The play was performed by a cast of 50 on and around Toad Rock It told the story of four reluctant local heroes who unexpectedly found themselves in a parallel world under the giant Toad. Here they had to endure the evil forces of King Swelter before meeting the Stone People, an ancient civilisation older than the earth itself.  Led by 11-year-old Matilda our heroes took on a task of expelling the malevolent King from his underworld kingdom, saving the Stone People from losing their valued memories. It was a journey of discovery that showed them they still have an even more pressing quest to undertake when they returned home. The story was told with song, movement, puppets, masks and the unexpected
LEGENDS OF THE ROCKS WAS THE CENTRE PIECE OF THE 2019 RUSTHALL ARTS FESTIVAL
​

SOME OF THE OTHER EVENTS AT THE 2019 RUSTHALL ARTS FESTIVAL

DRESSING THE TOAD CELEBRATION
July 2nd Toad Rock
Inspired by the pagan tradition of Well dressing, We startined what we hope will become an annual event on this, the middle day of the calendar year; Dressing the Toad. Well Dressing is identified today most closely with Derbyshire, though the origins of the tradition are obscure. It has been speculated that it began as a pagan custom of offering thanks to gods for a reliable water supply; other suggested explanations include villagers celebrating the purity of their water supply after surviving the Black Death in 1348, or alternatively celebrating their water's constancy during a prolonged drought in 1615. It used to be far more widespread and would most certainly have been practiced in Kent. However, wherever or whenever it started it began in any event by a community’s desire to give thanks and show gratitude for their environment, Rusthall is unique in the country of having a naturally carved giant Toad, a symbol of water. It seems fitting that we show appreciation for the beautiful natural surroundings we are fortunate enough to live in.
​ 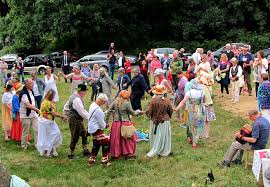 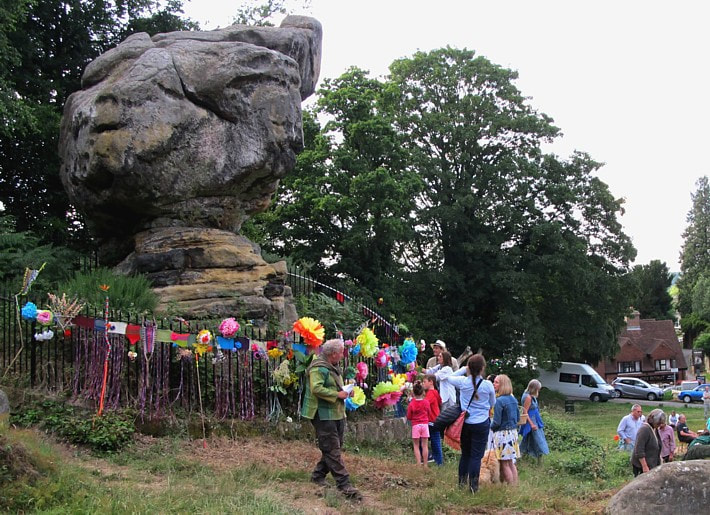 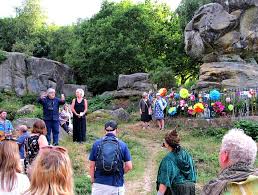 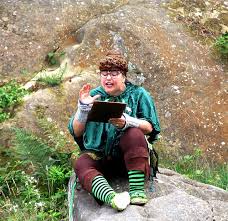 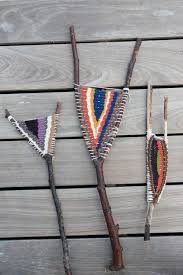 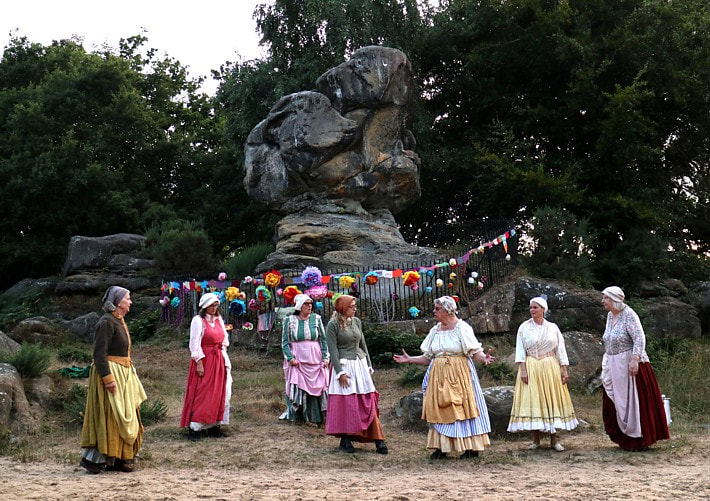 EXHIBITION OF ART INSPIRED BY THE MAKING LEGENDS OF THE ROCKS
The Play Design Studio 2nd Floor of Royal Victoria Place Shopping Centre, Tunbridge Wells
An exhibition of pictures, costumes, masks, artworks and poems inspired by the devising of the play Legend of the Rocks, alongside photographs of some of ‘faces in the Rocks’, theatre designs of the Legend by Laura Stanfield and Masks by actor, improvisor and mask maker Roddy Maude Roxby. 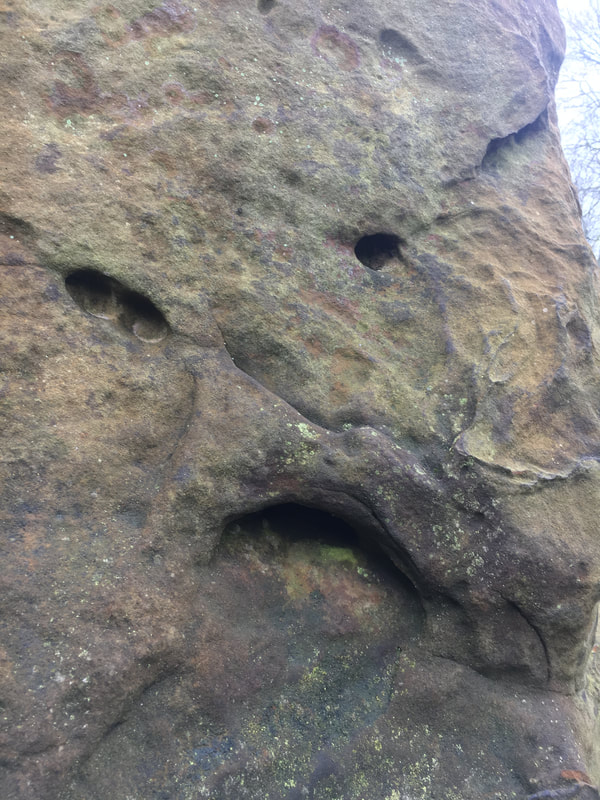 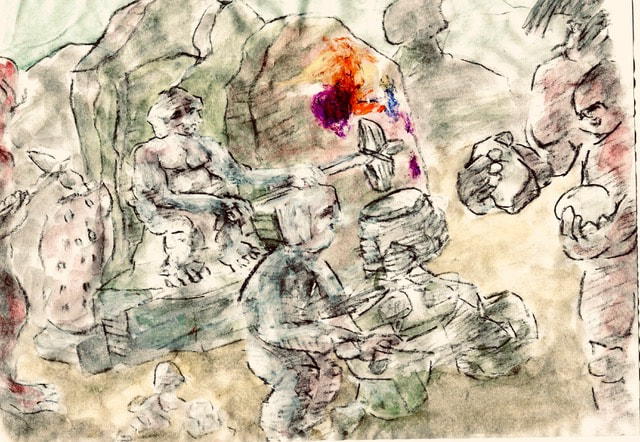 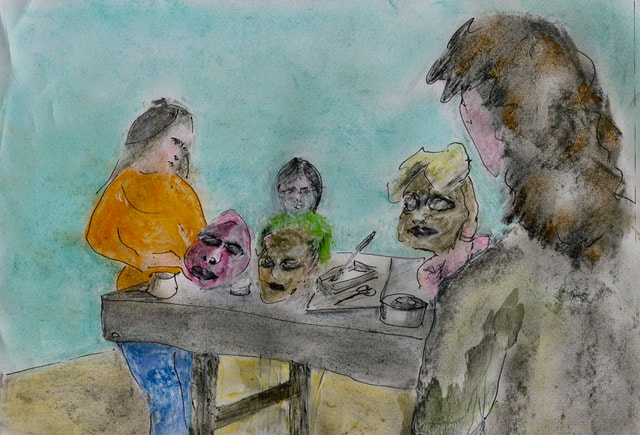 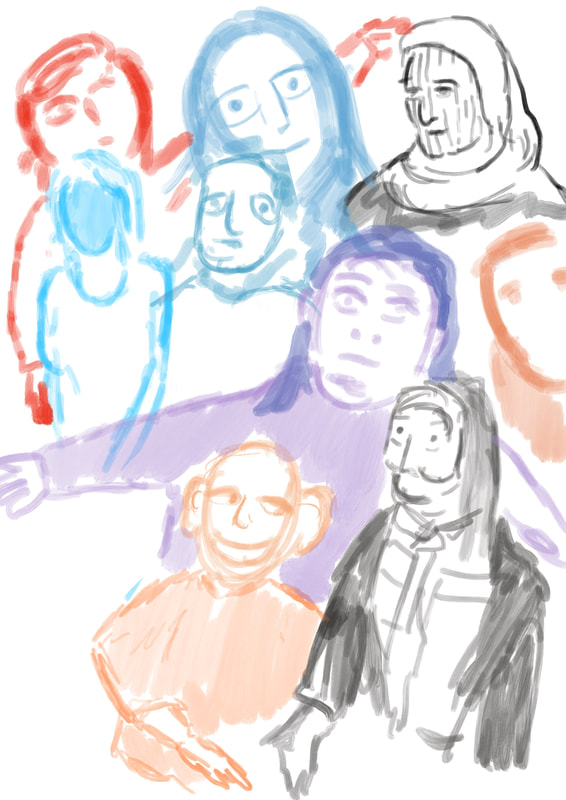 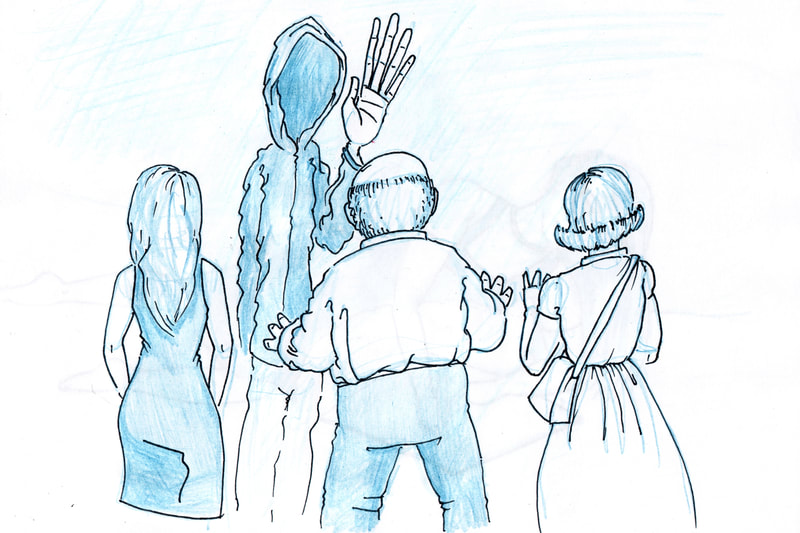 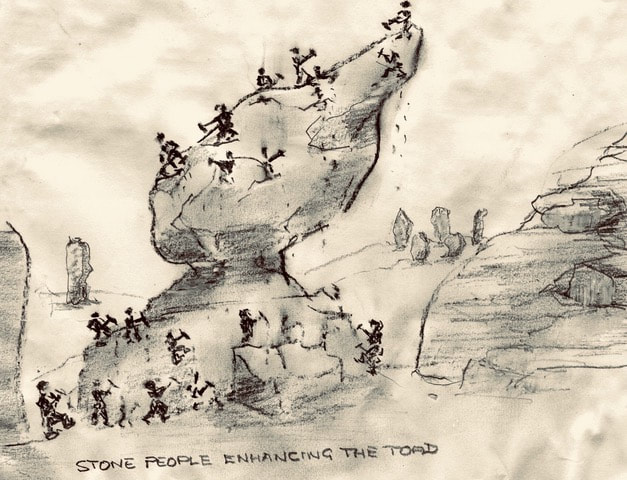