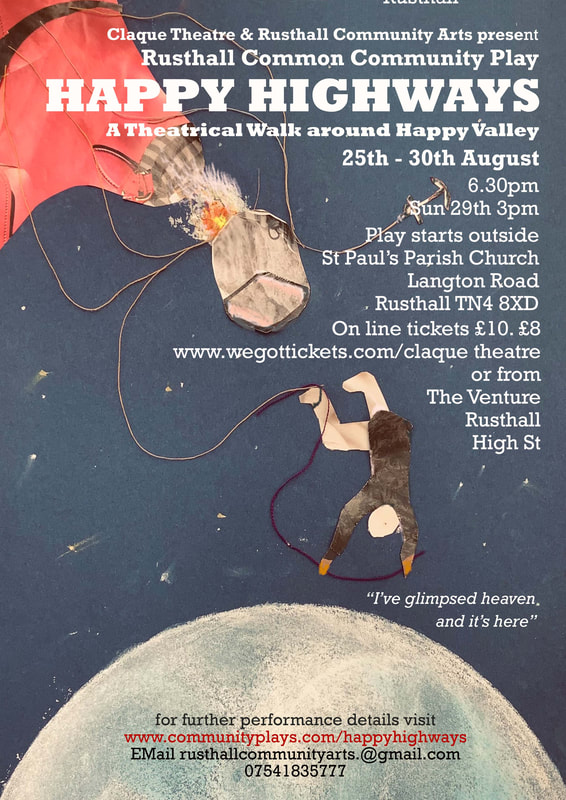 Claque Theatre in Association with Rusthall Community Arts presents
​Rusthall Common Community Play
LEGENDS OF THE ROCKS II
HAPPY HIGHWAYS
Theatrical walks around Happy Valley
25th - 30th August 2021
Walk starts by the war memorial
Rusthall Parish Church, Langton Road, Rusthall
Tunbridge Wells TN4 8XD
6.30pm nightly except Sun 29th 3.00pm
It’s 2041,  Happy Valley is up for auction, could a combination of circumstances in the past save it?  “I want you to imagine that the ghosts of Rusthall Common are coming back. They surface to walk above ground, visit their old haunts and replay their past lives in our present.”  Walking among the trees and rocks of Happy Valley you, the audience, will be divided into three groups to follow one-story and witness fragments of others.  The stories are set over the past 200 years, though it matters not when the events took place, only that they did, or could have done. In “Dreams Rumours and Lies” Jan, returns home rich, but what is the truth behind her newfound wealth? In “The Greens and Newcombs” Jen wants to help her daughter, Maddy, to be the person she wants to be, but will she fulfil a long held dream of her own?  In “Back to Front” will Molly and ‘Molly Coddled Jim Boy’ stay together and get through their war? And across all the stories we discover whether Rusthall village people, whilst struggling with their demons at home, will rise to the occasion and rescue a group of desperate refugees

Limited Tickets: The three walking groups for. “Dreams, Rumours and Lies” “The Greens and The Newcombs” or  “Back to Front” were each restricted to 25 people.

Easier Walking Route  The route for “The Greens and Newcombs” was across easier, more manageable terrain,  more suitable for people with limited mobility. However we advised people that there was still uneven ground and slopes as it is a woodland walk through rocks.

The Gathering Point for the play was in the field in front of St Paul’s Church on the edge of Happy Valley. Performances started promptly at 6.30 p.m. so the end coincided with sunset.

​​Review of Happy Highways: a theatrical walk through Happy Valley

“I’ve glimpsed heaven, and it’s here.”
“We devised this play over last winter’s lockdown, and so it was natural that a theme of home and what it means to us should emerge,” said Claque Theatre director Jon Oram, speaking to the audience after the last performance of Happy Highways   a theatrical walk around Happy Valley.
The play was originally performed between 25th and 30th August, but due to popular demand, one last performance was given on Sunday 26th September. I had been away in August, and so welcomed the opportunity to see the play and took my two children aged eight and thirteen along too. 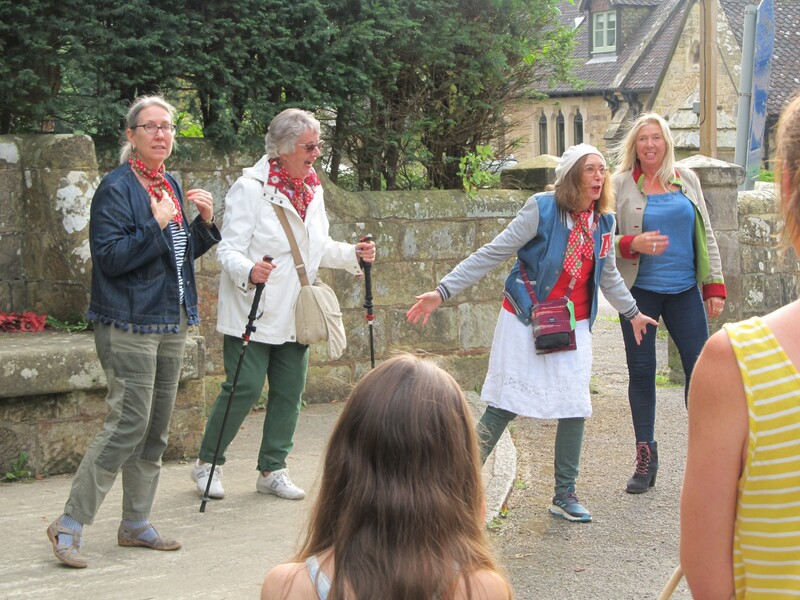 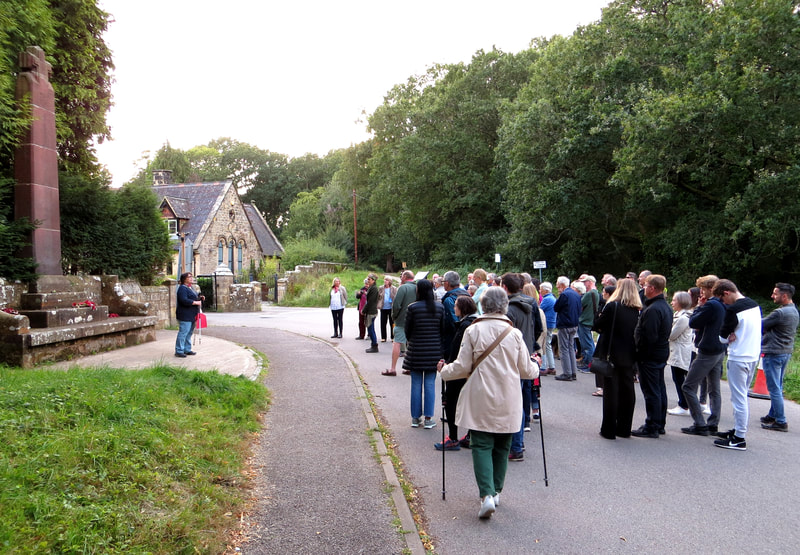 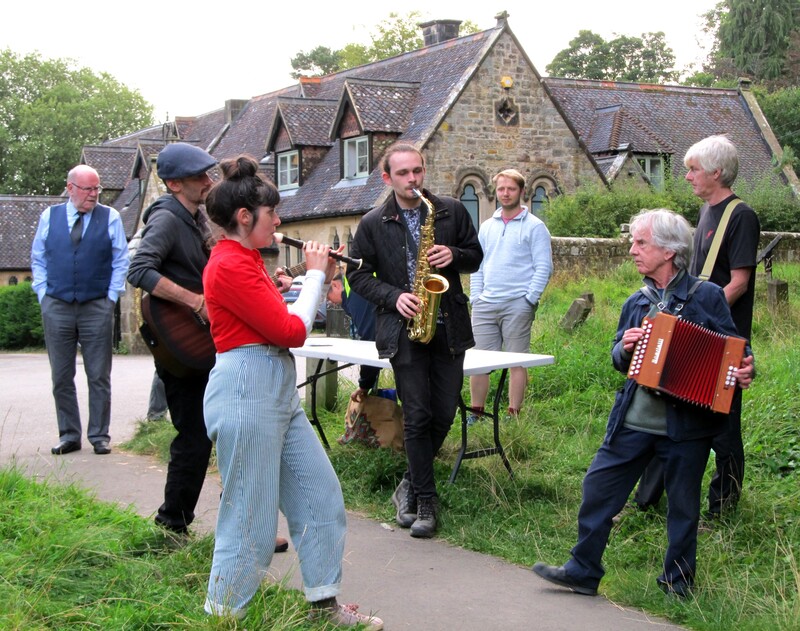 ​The story began with an imaginary auction in 2041, during which Rusthall Common sold for development. The audience then meets four women, who tell us they are here for a reunion. As children they had been some of a group of sixty children who stayed at The Beacon (before it was a pub or restaurant) as refugees from the Spanish Civil War in 1937. They are keen to see Happy Valley where they once played and decide to go with the audience on a ‘final’ walk through the common before it is destroyed. The emotional stakes are set high, and we are told we may see the ghosts of Happy Valley’s past play out their stories before our eyes.
The audience divided into three groups, each seeing a different part of the story, and glimpsing elements of the others, before elements of each tale come together with the potential to save the common and preserve it for generations to come. The walk my children and I go on was called Dreams, Rumours and Lies, and follows the story of a young woman called Jan, who returns home to Rusthall with a suspicious amount of money. Rejected by her family, she buries most of the money and spends the rest on a journey in a hot air balloon. From far away, the sight of the beautiful world makes her realise that home is everything she wants. “I’ve glimpsed heaven, and it’s here,” she says, back down to earth again on Rusthall Common. Will she find the treasure she buried, or will it remain to save the day in a future plot twist? 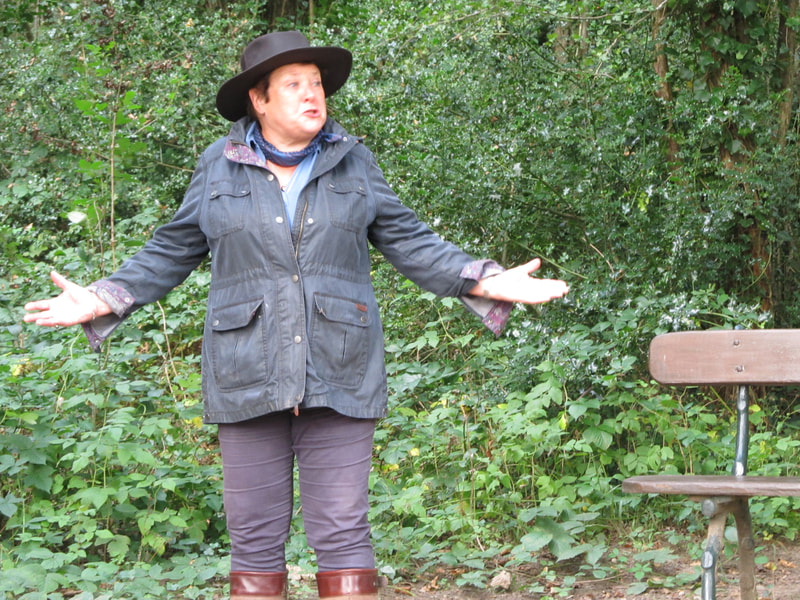 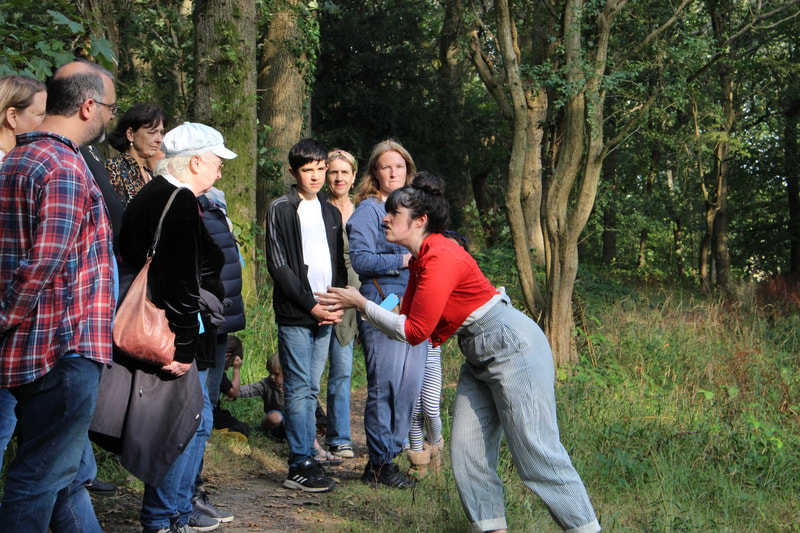 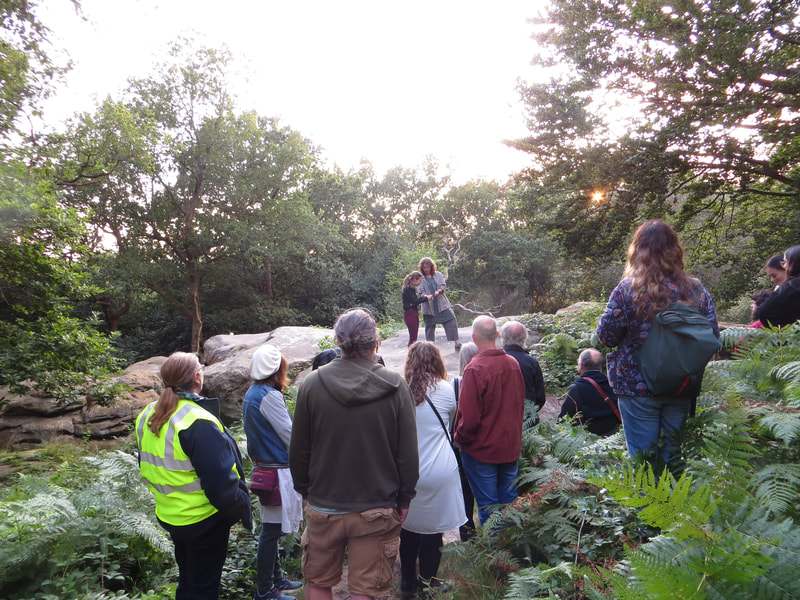 ​Throughout the play, musicians follow us, and at the end of the story the cast of all three journeys unite for the denouement. For the finale they link hands and sing together, “Home’s not just where the heart is, it’s where the heart can sing.” As we turn to leave, one of the actors tells us they will do it again, a different play, in a few years’ time. Maybe some of the audience will have been inspired to take part. We all enjoyed the play, and my daughter’s favourite character was Jan, the red coated aeronaut, who plays out the tensions between yearning for freedom and adventure, and the hold the idea of home has on all of us.
There is a generous message to this play, but it isn’t sentimental. “We like our characters, but we don’t do anything for them,” says our guide, announcing the death of a village eccentric who has just been telling us about her hardships. In another scene we are told to enter the telephone number of the Sheerness Coastguard into our phones and hold them above our heads. We are a group of desperate refugees, putting our lives into a boat, our trust in the hands of people smugglers, and the phone is our life jacket and our hope. The theme is home, but the message is ‘everyone is welcome’. Are they? There is always hope. 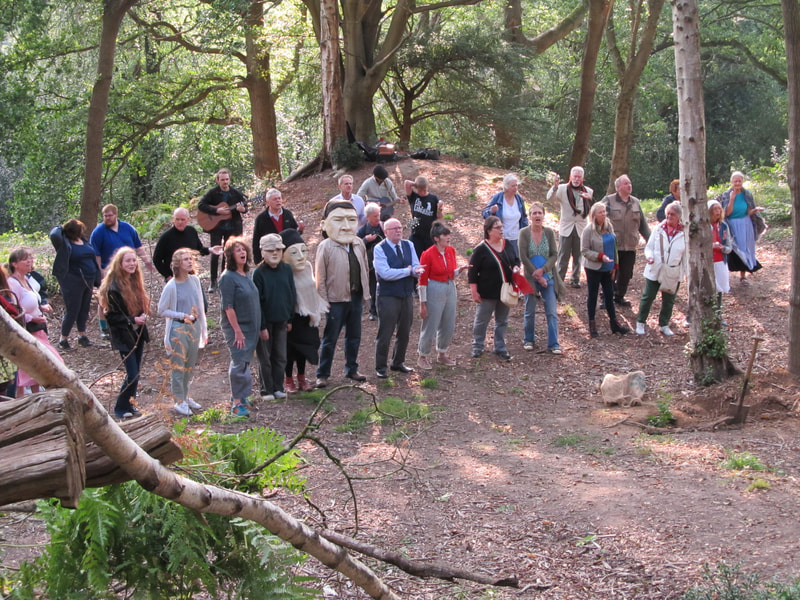 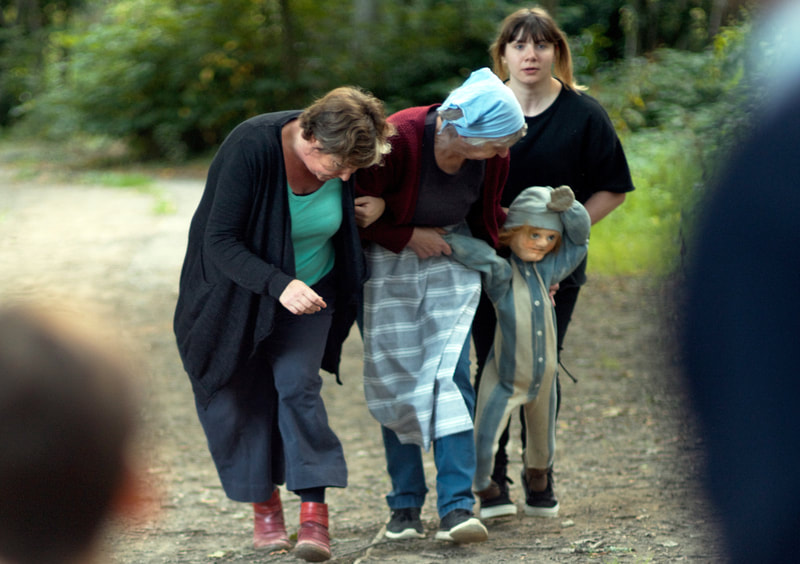