Six of our exhibitions in a Suitcase were on view at the London Metropolitan Archives for the first two weeks in May 2017.  The LMA is at 40 Northampton Road, London EC1R OHB.  A popular workshop on Saturday 13th May drew over over a dozen participants who made their individual exhibitions in archive boxes. These. like others being made across the City will be part of a major exhibition later in the years and again in April -May 2018 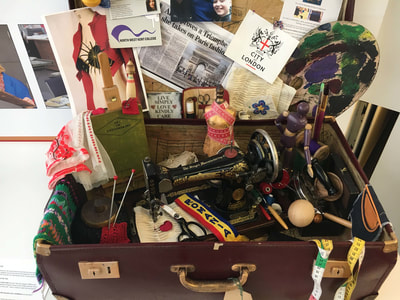 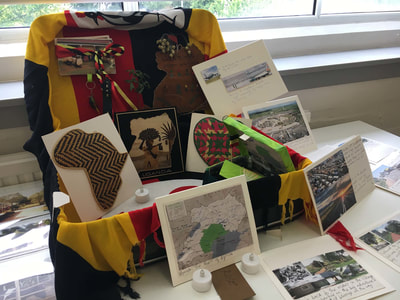 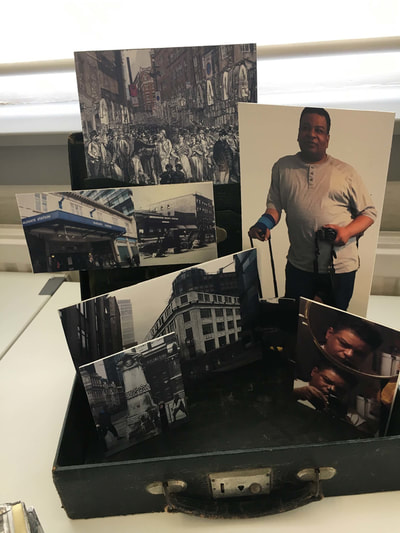 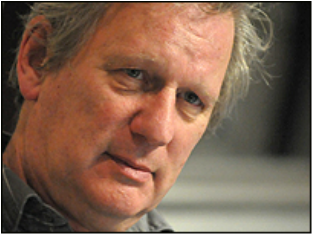 Stephen Lowe
"I'm delighted and very excited that Stephen Lowe has agreed to write the Aldgate Play.  I have know Stephen for over thirty years and pestered him on numerous occasions to write a community play for Claque; for various reasons, neither the timing nor place has been right. His was the first name to spring to mind when thinking of a potential writer for the City. Why is he right for this project? Because he is a listener and will take his responsibility of writing a play that both challenges and represents the residents of the city seriously. Claque has developed a process for 'finding the play' that enables the community to express their ideas, experiences and tell their stories in a way that influences the playwright. We look for plays that are relevant to issue in the present day, even though they may be set in the past. Stephen has written historical plays always with contemporary relevance, he is especially committed to social drama and he has a fascination and passion for history, and for London. Not least Stephen is a wonderful writer, and understands theatre, he  has worked as an actor, director, artistic director as well as playwright.  Stephen has many awards and achievements but said to me recently that his greatest was having a Nottingham Tram named after him, which tells me he values and respects his community "    Jon Oram

Born in Nottingham, he graduated with a BA combined Hons (English/ Theatre Studies) from Birmingham University, where he also did post-graduate research in "Consciousness and the Artist". He now divides his time between his home town of Nottingham and his house in the Languedoc in Southern France. He is married to the actress Tanya Myers, and has three children. Until 2006 he was a council member of Arts Council England (ACE) and chair of ACE -East Midlands. He is co-artistic director of Meeting Ground Theatre.

Stephen's plays have been staged at London's Royal Court, (Touched which won the George Devine Award, Body and Soul, Glasshouses. Tibetan Inroads ) Royal Shakespeare Company (Divine Gossip and trans. Ostrovsky's The Storm) as well as works premiered at most of England's leading repertory theatres including Birmingham Rep, Nottingham Playhouse , Sheffield Crucible, Liverpool Playhouse, Plymouth Rep., as well as with touring companies like Joint Stock (with Ragged Trousered Philanthropists) or his own company, Meeting Ground. He has worked with theatre and tv/ film directors and producers including Alan Ayckbourn, Richard Eyre, Bill Gaskill, Steven Daldrey, Danny Boyle, David Leveux , Annie Casteldine, Alan Dossor, Thaddeus O'Sullivan, Michael Wearing, and the award-winning New Zealand team that created Once were Warriors, as well as composers like Rachel Portman and Michael Nyman. His TV/ film work includes original films like FleaBites (starring Nigel Hawthorne), Ice Dance with Warren Clarke, the adapatation of Scarlet and Black starring Ewan McGregor and Rachel Weisz, as well as numerous episodes of Coronation Street. Other theatre work includes Revelations at Hampstead Theatre, his comedy Old big 'ear in the spirit of the Man   (Nottingham Playhouse and National tour directed by Alan Dossor) and 'The Fox and the Little Vixens' for Tangere Arts touring company. His work has been published, translated and performed throughout the world. He has also run countless writers workshops here and abroad - based on his philosophy of The Politics of the Imagination

​He has lectured at Dartington College of Arts, Birmingham University (on the MA in Playwriting Studies programme), Nottingham, Trent University, Charles University in Prague and at the Performance Art Academy in Sofia. Stephen has been a member of various theatre boards and advisory panels, including Great Eastern Stage Company. He was on the council of Arts Council England, and was Chair of Arts Council England - East Midlands from 2004 to 2010. A two man adaptation of his play The Ragged Trousered Philanthropists  toured throughout the country in 2012/2013  and he was awarded an honorary doctorate by the University of Nottingham in July 2011.

Join the Researchers
The search for the play is on. We have a Research Team and they meet at 7pm every first Tuesday of the month at the Portsoken Health and Community 14 -16 Little Somerset Street, off Mansell Street, London E1 8AH. It's commonly known locally as the Green Box. The Team are responsible not only for gathering material but overseeing all the events that give people opportunities to contribute their ideas, share their experiences and stories. You are all invited to join them.  Stephen Lowe our writer will be meeting the research Team for the first time around the 23rd January. We will have a definite date soon. We will walk him around the neighbourhood and hopefully get him to meet a few more people, if you would like to be one of them.

Gathering old Photographs and preparing an outdoor exhibition street Tour
One of the first tasks for the Research Team is to gather together old photographs of the community. We'll be covering the wards of Portsoken, Aldgate, Lime Street and Tower but also bordering streets of Tower Hamlets, Petticoat Lane. We will be visiting the London Metropolitan Archives who have agreed to help us. Once we have a range of pictures we will need to locate where they were taken. The idea is to choose thirty to fifty and have them enlarged and ready to mount on walls or in windows close to the point of view of the photographer who took them. Eventually we will prepare a map and tour route. We plan to mount the tour sometime in late March early April to celebrate the fact that the play performances will be a year away. Come and help us. You may even want to be a tour guide or exhibition curator.

Tell your story
We want to record people's stories. Your experiences of living in the City, stories of your childhood,  stories about your parents or grandparents, your journey or your parents journey to London.It might be you would like to have a conversation between you and a friend or family member recorded. We can give you a copy in return. If you can give us 30minutes of your time and have something tote all we'd love to hear from you.

Make an Exhibition in a Suitcase
A very exciting project is our Exhibitions in a Suitcase. We are preparing a funding applications but in the mean time inviting 6 people to make a demonstration model of an exhibition of their lives or a story or experience they have had. You will get all the help you need.
There are so many more things to do.
If you feel like joining in, volunteering or simply finding out more fill in a Participant Volunteer Form on line and we will get back to you